Are You Reinforcing Gender Stereotypes? 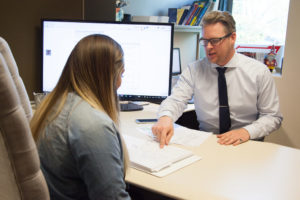 Sexism and the behavior between men and women have been under scrutiny lately, and there’s a need to reexamine behavior. One place where gender norms creep up is the workplace, because even though both men and women coexist together doesn’t mean equal treatment is insured. Sometimes, gender stereotypes are reinforced without even realizing it.

One of the subtlest ways gender stereotypes are reinforced is by determining who gets to talk during meetings. In a room full people, men tend to dominate the conversation more and don’t always realize that the women in the room are being ignored or skimmed over during the conversation. One of the reasons behind this is men have traditionally been in power in office spaces and people tend to give more attention to people like themselves. In this case, men in charge allowing other men to speak more and listening to their ideas over women.

Additionally, men tend to receive more complex tasks in the office than women. By allocating more intricate tasks to men, women are rendered to less important, more menial job that underutilize their potential. If men are always asked to handle the difficult stuff, women will never get the chance to prove they can do it too.

In general, women are hired as secretaries more often than men. The problem is that a secretary is a traditionally feminine job, and by continuing to hire more women for that position, it is perpetuated as a feminine job and also leaves out qualified men who apply. Qualified men are excluded, and women are constrained to administrative office work instead of managerial positions.

Although progress has been made towards gender equality in the workplace, there are many small ways gender stereotypes are reinforced that have lasting impacts. Everyone should aim to treat coworkers, and people in general, equally and respectfully and remember that gender stereotypes can be defied with our everyday interactions.

Brianna was a psychology major and sociology minor at Skidmore College. She is interested in sociology research with a focus in sports and was a member of the Skidmore Women’s soccer team. In her free time, she enjoys reading, watching movies, and hanging out with her friends. Brianna hopes to pursue a career to combine her academic interests and writing and communication skills in the future.

View all posts by: Brianna Cochran