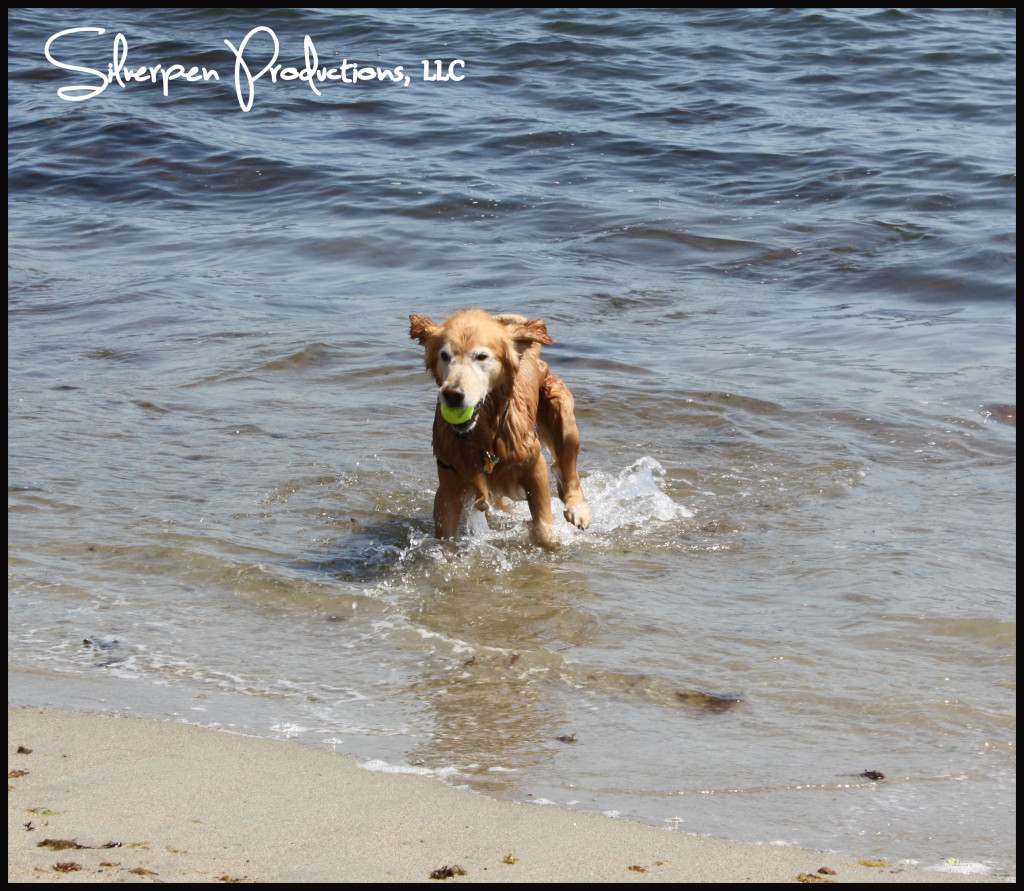 They actually took a vacation this summer. BEST FREAKIN' WEEK EVER!!

I got to be outside, non-stop, all day long. The sun was shining. They weren't in front of the computer all day, and there was water as far as the eye can see. That water never stopped moving and I never stopped playing. It was like I was a puppy again! I'd chase that ball in and out of the ocean until my legs started shaking, then I'd keep chasing it some more. Bliss.

She kept telling me to take a break - that I wasn't a puppy anymore. But I wouldn't listen. Granted, I was so tired at night, I could barely crawl into bed. And my legs and hips hurt so much I couldn't even straighten them out all the way. But I'm not gonna let a little thing like age slow me down. After all, it is merely a number, and a number by itself doesn't mean anything. A mere number can't hold you back from what you want to do in life!

Yes, perhaps some things can seem a little harder when you're older. But I've learned that you only need to look for a different way - not necessarily change your plan all together. I have learned, shall we say, to ride the waves.

Take for instance, the actual waves this summer at the beach. At first, I tried to go after that ball full steam ahead as soon as he chucked it out there. But some of those waves made it a little difficult to keep going all day.

No problem. I just waited a second longer, waited for the wave to start moving out, then I'd jump in when all was calm. Grab the ball. And by the time I was heading back, a new wave was rolling in. So, I'd just let go and let it take me all the way to shore. Easy.

Sometimes in life you just have to "ride the waves." Don't let them be obstacles on your journey. Make them into your easy pass. Just float on top until you get to where you want to go. Otherwise, they'll just pull you under, and you can tread water all you want, you'll get nowhere fast.

Ride the waves. Enjoy the view. Float from one adventure to the next. And smile. You're at the beach. Enjoy the ride!

Photos are not to be used without prior permission & license.