In a Nation of Fear, United We Stand

"When I was a boy and I would see scary things in the news, my mother would say to me,
'Look for the helpers. You will always find people who are helping.'
To this day, especially in times of  'disaster,' I remember my mother's words
and I am always comforted by realizing that there are still so many helpers -
so many caring people in the world."
-Fred Rogers 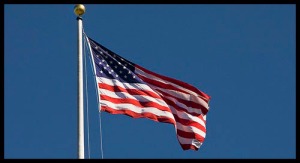 I purposely try to stay away from the news lately. It seems like it is worse and worse each day and quite frankly, I just don't want to hear it. I know that's not a very responsible, adult thing to say or do, but it's true. I don't feel the need to constantly subject myself to all the other ever-increasing craziness in the world when I have more than enough of my own right now. Not to mention that when there is a huge tragedy, the media sensationalism gets me almost as upset as the event itself.

Yesterday's tragedy at the Boston Marathon made my heart jump into my throat yet again this year. A swirl of emotions and reactions went through my body as this latest disaster unfolded before my eyes. First, I experienced the shock of hearing the news and the tears of sympathy for all the people affected. I feared for my family and friends that live there. Then I got mad.

Why?
Why do these crazy tragedies continue to happen at a more and more frequent pace now?

Anger and fear swelled together. As a relatively new mother, my reactions to these things have taken a different tone than they used to a few years ago. I am so angry that my daughter now has to grow up in a world like this. It is now a world of suspicion, fear, violence, security measures, dangers that I could have never even fathomed as a child growing up. We always want better for our children than what we had, but at this point, I just want her to at least have the same peace of mind I had back then. I'd be okay with that. And then the other fear hit. The mother's fear of letting her daughter out the door in this world that seems to keep getting crazier and harder to understand. This once extremely positive person is starting to lose her faith in humanity and even in myself. What if I can't keep my child safe? My family happy and intact? How do I keep innocence in her life for as long as possible?

But then the pig-headed, stubborn side of me takes over and says I'm not going to let these assholes take anything away from us. Somehow, my daughter is still going to grow up confident, self-reliant, strong. She is still going to experience all the wonderful things that life has to offer, and she is still going to become whatever great thing she is supposed to be and make her mark on the world for good. But I admit, each one of these incidents still make me hesitate. I still feel a little nagging fear when I send her to school or need to be away from her for a while. I hate that I now live like that. And I get angry all over again at these monsters that keep trying to terrorize the innocent people, and especially children, in our country.

Just when I start to question humanity in general, I then see all the good things that happen instantly when one of these tragedies happen. I see all the heroes that go running toward the bomb - not away - to help whoever they can help. I see a city, a country, come together in support, kindness, resources - whatever is needed. Suddenly the person next to you is not a stranger - they are family and you are now bonded in some way for life. The usual snarky Facebook posts turn to one of support, prayers, appreciation. Everyone, regardless of their proximity, suddenly becomes a little kinder, gentler, more understanding of the people around them.

Yes, there still is some good in this world. It's sad that it takes a tragedy to be able to see it, but at least it is there, and it's what makes all of this somewhat bearable. Mr. Rogers was right (yet again). We need to take comfort in the "helpers," in the good that is still left in this world. These "terrorists" will not win in creating a nation of absolute fear. They may have won some small battles in hurting us, weakening us initially, but in the end, they have only made us stronger because now we will more than ever stand united.

We will fight for all the good things that we have, that we are, as a country. We will celebrate our "helpers," our everyday heroes, and not grant these monsters the satisfaction of attention on them. We will use this as an opportunity to remember to tell, and show, all those close to us how much we love them every day. We will live each day to the fullest and treasure every moment we have. We will reach out to others. We will band together in ongoing support and compassion and hopefully stop fighting amongst ourselves. We were created as a united nation. Now is the time to show the world that we still are. We will not become a nation of fear, but a nation of strength.

Like the phoenix, we will rise above, better than ever, as one.
United we stand.

Imagine there's no countries,
It isn't hard to do
Nothing to kill or die for...
Imagine all the people living life in peace...

You may say
I'm a dreamer, but I'm not the only one
I hope some day you'll join us
And the world will live as one
-John Lennon