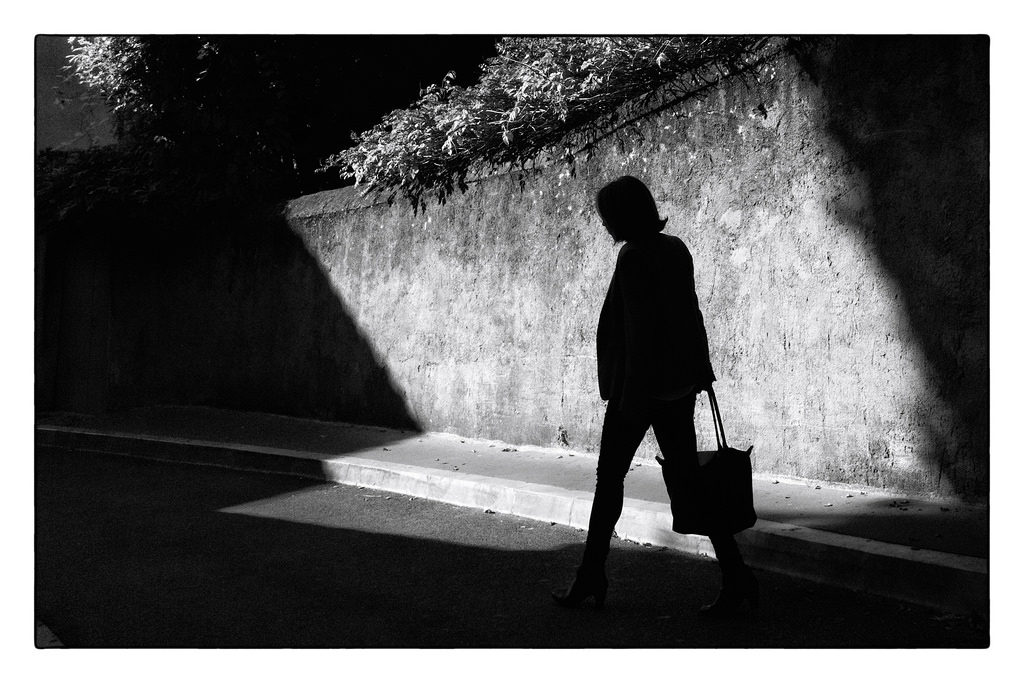 I think pretty much every woman I know would agree with me that they are not surprised by the sheer number of me too's they're seeing on their newsfeed. What would be surprising is if there were many people that could write "not me" instead. Those of us who have been a girl all our lives know that we are under a constant state of scrutiny, criticism, harassment, and unfortunately for some of us, yes even assault. This is sadly nothing new. So why does it take a media storm about Bill Cosby or Harvey Weinstein to bring it to light? Just because "that's the way things are?"

If we were to look for a silver lining in all this, at least it's that the recent news (and yes, political events, too) are causing women to say, "Enough!" It's time to make a change. It's time to take control.

Any of my regular readers and clients will already know that I have a definite love/hate relationship with social media. There are a lot of reasons I hate it and feel it is causing serious issues in our society and businesses. But there are some definite pros to it, and the #metoo campaign, even with the issues and complaints surrounding it, is one of them.

To me, the surprise isn't the plethora of me too's in the newsfeed; it's the reactions of the men in my newsfeed and the conversations this campaign has brought up.

I've seen rebuttal posts saying they shouldn't have to out themselves as survivors of harassment or assault, because men have always seen the gendered violence happening around them and it shouldn't be just our burden as women to speak up. We are not the ones that need to change or become more aware. And if men need to see a huge threshold of survivors to  "get it," then they will never truly "get it." They say that the focus shouldn't be on the victims, and it should be on the assailants and enablers - that's the change we need to see. Survivors don't owe anyone their story and if they don't post a #metoo, it doesn't necessarily mean they haven't been through harassment either.

And you know what? I agree.
To a point. And here's why.

I am proud to say that I know a lot of men that I consider to be well-educated, intelligent, and fairly enlightened men. They help out around the house, they take a large part in their kids' lives, they think that gender inequality is wrong, and they treat women with respect.

What has surprised me is the surprise they've shown in response to the #metoo. I've seen several of my male friends posting that while they knew it was a problem, they didn't realize the magnitude. I've seen some express shock over how many of their "intelligent, well-educated" female friends spoke out. I've seen some express thanks, because they have learned a lot, and I've seen some of them posting articles that have popped up in men's magazines on things like what needs to come next (men - do something) and what to do if you see a female coworker being harassed.

For those women who have been traumatized does it seem too little too late? Sure. But it's a start.

The whole point was to raise awareness and to start a conversation - to spur action. And that is what's happening. For those who are survivors of assault, it is raising traumatic feelings and fear. Some don't want to speak out because they don't want questions. Some are writing #metoo anyway. (Men - here's another tip for you: Don't ask for details. They don't need to talk about it.)

Many women have "only" been victims of harassment in terms of degrading comments, catcalls, unwanted arms around the shoulder, hugs, kisses, etc. It doesn't mean they are completely traumatized (sadly, this is common grit-your-teeth-and-bear-it daily occurrences for many women), but know that it happens - often - and we don't like it.

And it's sad that many of these women are hesitant to write #metoo because they feel that their situation is comparatively "not that bad" and they don't want to take away from the women who have been through much worse hell.

See how society has warped this situation?

Women are banding together to support each other and want to stop the worst violence. But NONE of this behavior is ok. This should not be a part of everyday life in any way, shape, or form. Period. And yes, this campaign is bringing a lot of that up.

But you know what I've found interesting about all this?
The uncomfortable looks I've seen on men's faces when they talk to their friends and say, "Whaaaaaaa? I didn't know you ever had any issues...." Yes. Be uncomfortable. Be angry. Feel powerless. That is how many women feel every. single. day. 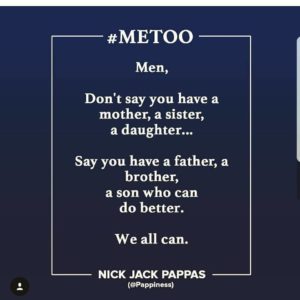 But then do something about it! Be mindful of your own actions and words towards women. Speak up if you see something. Don't just bury your head back in the sand. Stop just standing by passively as this happens to your wife, mother, sister, daughter, friend. Take action. You do have power. It can change.

Women have spoken up and taken the first step. What happens now?

I know that some of the comments I've seen are probably right - the people who are the main part of the problem, those guys that scoff at this type of stuff, unfortunately, they will probably never "get it," no matter what happens. But if this opens up the eyes of the other guys and makes them more aware and spurring them to action instead of passively standing by while this happens every day? That to me, seems like a win.

If they are more vigilant for their daughters and guide their sons and speak at the injustice, then maybe, just maybe, someday this will not be such a big issue. If it becomes more accepted to talk about this, to speak up, to be aware - maybe our children won't have this be a part of their everyday lives. Maybe #metoo can take on a whole new, positive connotation and women can finally walk down the street with a little more ease.

If that could happen, this could then truly have some meaning. But we need to remember that just expressing opinions online isn't going to actually change anything. It might raise awareness, but action - action is the only way to bring about true change.

So the question now remains, what are you going to do about it? What is the answer here? Perhaps that should be the next campaign - answering, #what next?